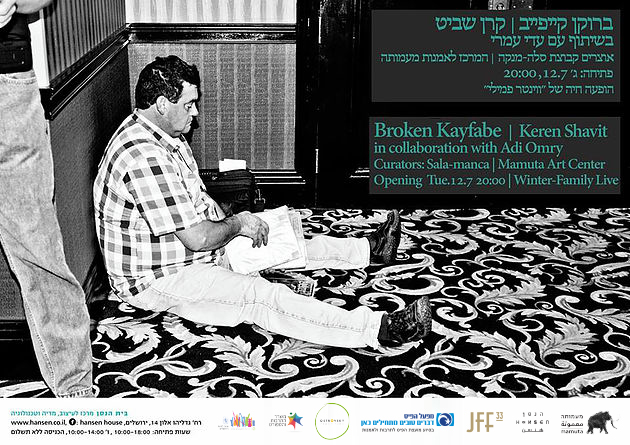 In her recent video and photography pieces (2013 – 2016), Keren Shavit refers to different genres, finding inspiration in experimental film, documentary film, home videos and even reality TV shows, despite the aesthetic and narrative gap between Shavit’s work and the TV genre. Shavit places herself at the center of the arena, exposing the viewer to the sensitive relations between the artist and the film’s subjects.

Shavit defines her own unique approach to beauty, continuing the development of her aesthetics, a process that she started in her first work: a different model for family life, different rules of behavior, attraction to what is considered unusual and different. Shavit’s corpus of work stands out in the Israel art world. Her voice, like the voices of the subjects of her films, is surprising, intriguing, shocking, enjoyable, and calls for a more complex life, where the dark can be a positive norm.

Keren Shavit is a mixed media artist and curator, living and working in Brooklyn, New York, and a graduate of Bezalel Academy of Art and Design, Jerusalem. The main areas of focus in her work are experimental narratives and the re-rendering of reality and memory.

Winter Family is an Israeli-French experimental music duo consisting of Ruth Rosenthal and Xavier Klaine, who have been working together since 2004. Their albums were released under the Sub Rosa, Alt-Vinyl and Ici d’ailleurs labels to great acclaim. The duo has performed at venues, churches, galleries and theaters around the world, including the Louvre, the Art Basel fair, the Dormition Abbey in Jerusalem and more.

This site uses Akismet to reduce spam. Learn how your comment data is processed.