That We’ve Forgotten The Rain

The conceptual point of departure for Itamar Mendes-Flohr’s first solo exhibit is the water cisterns at Hansen House in Jerusalem. These cisterns served from the early days of the Jesus Hilfe Lepers’ Hospital (mid-nineteenth century) as a source of freshwater for treatment of the hospital’s patients and for watering the trees and plants of the compound’s autarchic farm. The exhibit transforms the spaces of the Mamuta Art and Research Center into a laboratory for artistic research about the connection between water and stone(from which the walls of the cisterns are made), motion, and light.

Mendes Flohr’s works have a performative aspect to them: they are kinetic, often simulating motion in the natural world, and they change over the course of time. In the present exhibit water evaporates, is absorbed, and shapes the materials it comes into contact with. The clash between water and stone creates moments of aesthetic discovery related to the fact that they are the basic structural elements of the former lepers’ hospital. These materials, which served for healing, irrigation, purification, and protection, are also a source of myths. Mendes-Flohr detaches them from their natural context in order to build a unique poetic reality. As an alchemist and inventor with a unique ability to observe the world of materials and their movement, he reveals connections that are hidden from the untrained eye.

The exhibit presents fragments from a rich and unique world. In the past, Mendes-Flohr was the sole guest at the Paradise Inn, a temporary structure constructed in the Hansen House garden and which only the artist could enter. During his stay at the Paradise, Mendes-Flohr created survival systems out of what was at hand in the garden as well as kinetic sculptures, including a mythological snake trapped in perpetual motion in one of the cracks through which spectators could observe the Paradise. The snake’s vertebrae were made from a sawed branch from one of the historical cypress trees of the Hansen House garden.

In his present exhibit, a water system begins in one of the pools in the hospital’s cellar and travels between the exhibit’s works to create an autarchic artistic system. Beyond water’s natural force, human control over the presence or absence of water in the day to day (diverting it, blocking access to it, evaporation, over-use, etc.), can have an influence on life or death. Mendes-Flohr’s unique use of water emphasizes this potential: water drives the aesthetic and sculptural course of the exhibit; it is its designing force.

“That we’ve forgotten the rain…” also offers a look into Mendes-Flohr’s laboratory-studio, where  visitors will discover the world of the artist, researcher, and inventor: preparatory sketches for the present exhibit, parts of previous works that undergo a metamorphosis into new works and works in progress.

The exhibit is a continuation of Mendes-Flohr’s ongoing collaboration with Sala-Manca Group, which began in 2011 when he was an artist-in-residence at the Mamuta Center in Ein Karem. Since then Mendes-Flohr has participated in dozens of projects curated by Sala-Manca, in which his works have stood out for their poetical quality and the way in which they interweave nature, the human touch, and mechanical structures.

That We’ve Forgotten the Rain 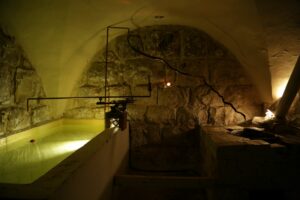 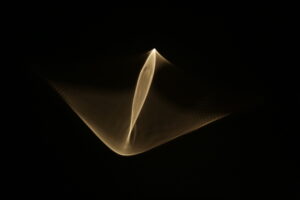 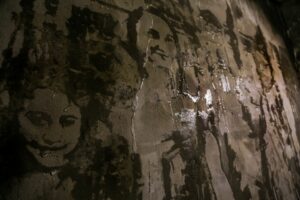